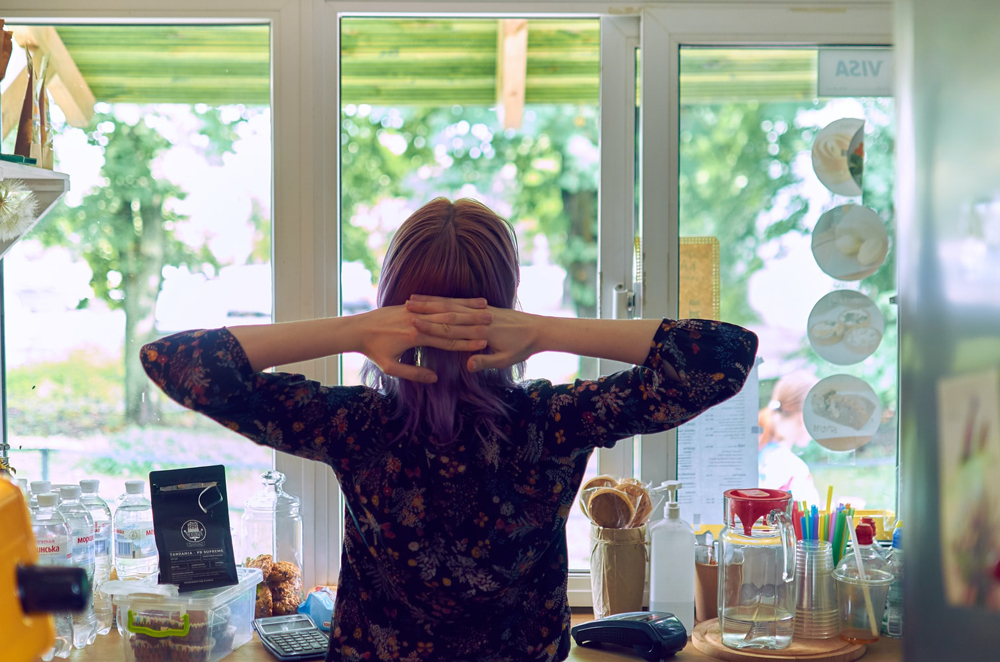 In this module, you will learn the present-tense endings of стоя́ти (to stand) and ї́сти (to eat), two commonly used verbs that are part of the second conjugation but are not of the types covered in the previous modules.

Mark all of the forms of the verb “to stand” in the dialogues below and then answer the questions that follow.

The verb стоя́ти represents a less common pattern of endings in the second conjugation that have the connector vowel -ї- instead of -и-. In all other respects, the endings are the same as in the говори́ти type.

Note that the endings of the first-person singular and third-person plural are identical but the connector vowel is different in all other forms.

Стоя́ти is the most commonly used verb of this type. You will see another verb that belongs to this type in Unit 23 (боя́тися).

Complete the sentences below using the appropriate words from the bank.

Select the most appropriate response to the sentences that you will hear below.

Read the short texts below and note how the verb “to eat” changes in the different present-tense forms marked in bold. Then answer the questions that follow.

The verb ї́сти belongs to the second conjugation, but it has irregular present-tense forms that have to be memorized.

Note that the standard form of the second person singular is їси́, but it is used mostly in formal contexts. Many Ukrainians use the non-standard variant – їш (which has a more regular second-person singular ending) in less formal speaking contexts.

Indicate whether each of the sentences below is logical or nonsensical.

Complete the dialogues below using the appropriate present tense forms of the verbs in the blanks.  You will need to use some of the verbs more than once.