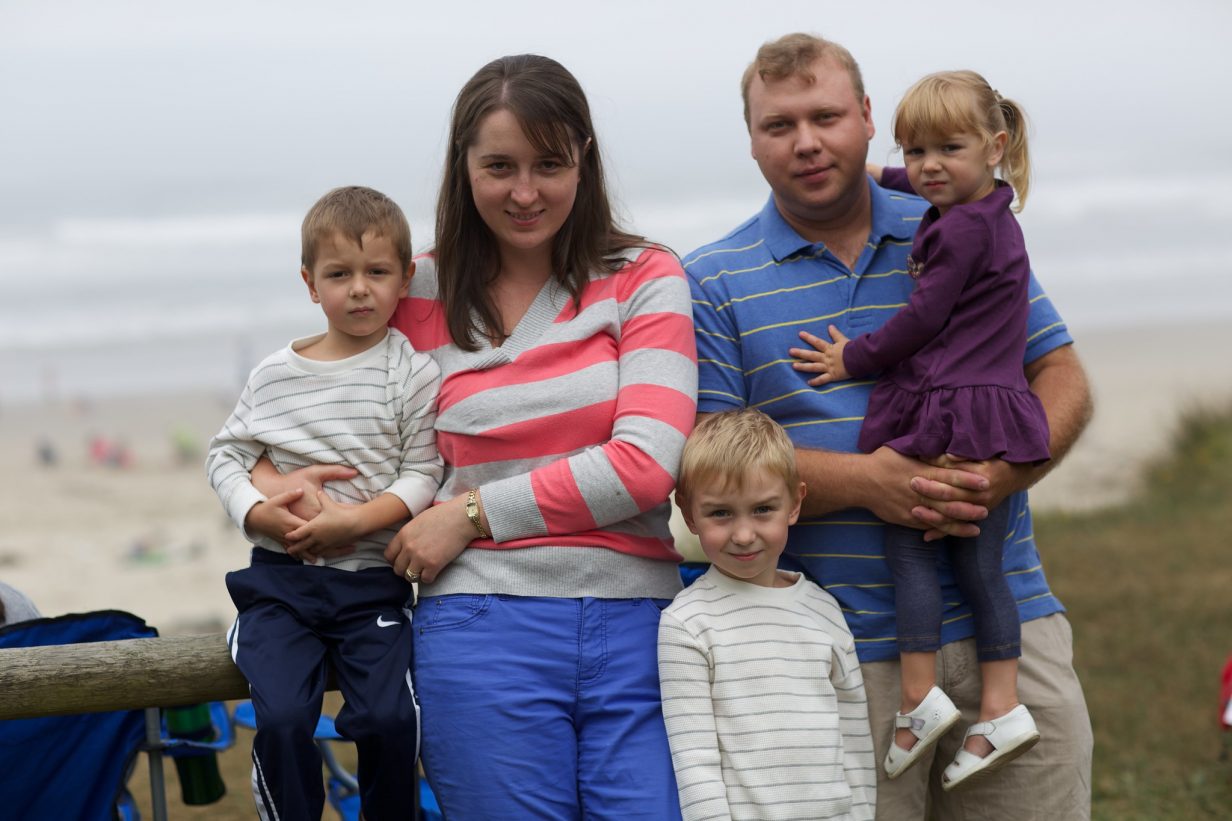 In this module, you will become familiar with the common endings for masculine and feminine nouns, including Ukrainian names. You will also learn the Ukrainian equivalents for the pronouns “he,” “she” and “my” and how to use them in simple present-tense sentences about identity.

Complete the sentences below using the context provided to fill in the correct name or profession.

Listen to the sentences below and choose the famous person to whom each sentence refers.

Some male Ukrainian names end in –а, –я or –о. These proper nouns are still masculine despite these exceptional endings.

Remember these common ones:

Listen to the questions below and choose the name of the person to whom the question refers based on the gender of the pronoun that is used.

Read Danylo’s introductions of himself and two of his family members. Note the feminine and masculine words for “my.”

Danylo introduces three additional family members in the sentences below. Fill in the blanks with the correct nouns and pronouns to complete the sentences.

A few common masculine family words in Ukrainian end in –о rather than a consonant or –ь (soft sign). Remember these three:

Complete the sentences below by using the grammatical context to choose the correct words from the bank.

As this module illustrates, endings of nouns and pronouns referring to men and women tend to follow certain regular patterns (with some exceptions). However, nouns that denote people or animals without specifying their gender still have grammatical gender, determined by these nouns’ endings.

A rare exception from this rule is the noun cобака (‘dog’), which is masculine in Ukrainian.

Thus, one will say:

Read the text below and mark ALL of the masculine pronouns and nouns, including names.  Then answer the question that follows.

Read the text below and fill in each blank with either він, вона, мій, or моя based on context. Then answer the questions that follow.