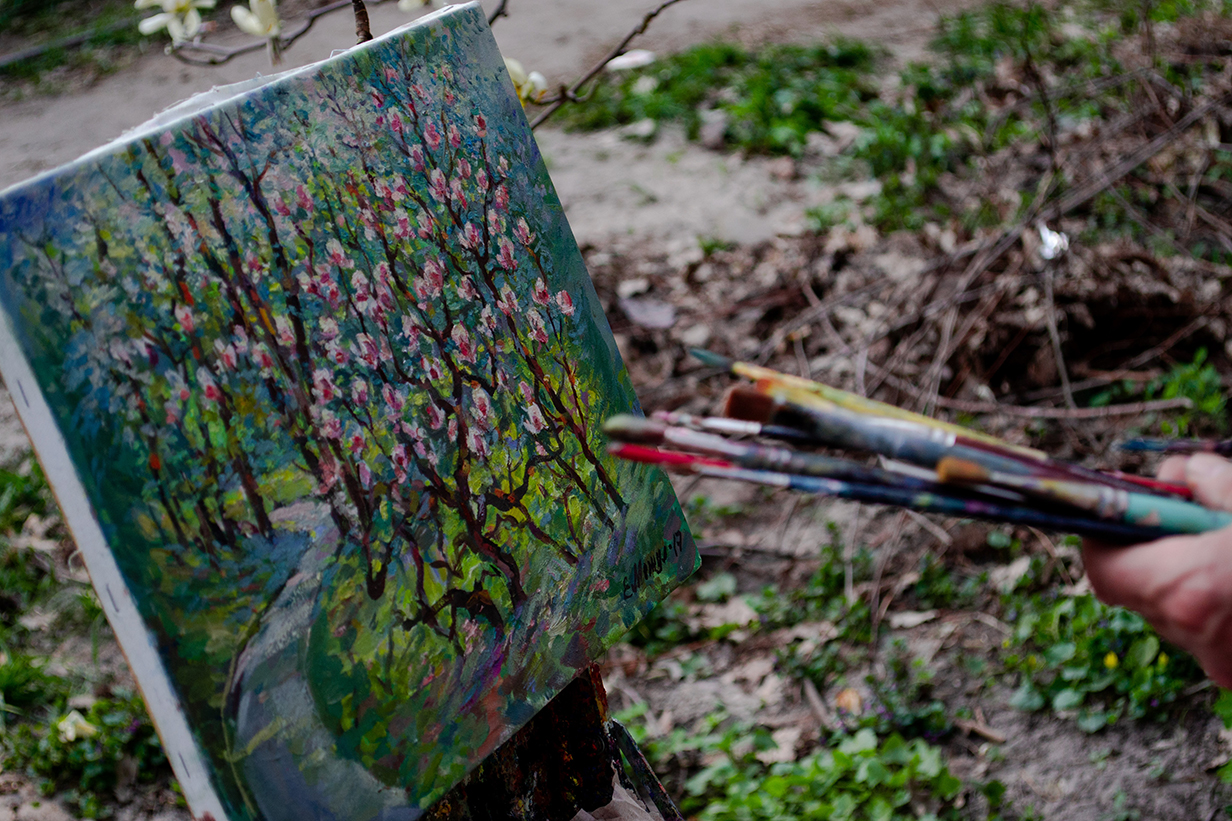 In this module, you will learn the possessive pronouns “his,” “her,” “its” and “their,” the latter of which has different forms depending on gender and number.

Read the short texts below and note how the pronouns “his,” “her,” and “its” do NOT change depending on gender or number of the noun that follows. Note also that the forms for “his” and “its” are identical. Then indicate whether the statements that follow are пра́вда or непра́вда.

You will hear six questions asking to whom various items belong. Based on the information about Liubomyr, Vira, and the puppy given in the activity above, choose the most likely response.

Liubomyr and Vira from the activities above are married.  Caption the images below, paying attention to the different forms of the pronoun “their” in each sentence.  Then answer the questions that follow.

You will hear seven incomplete statements about Liubomyr and Vira’s various belongings. Choose the most appropriate noun to complete each statement.

A passer-by asks Liubomyr and Vira’s elderly neighbor about the animals in the street. Select the correct forms of the possessive pronouns to complete the dialog and then answer the question that follows.

Vira is showing Liubomyr photos of her extended family. Read the dialogues and fill in the blanks with the appropriate pronouns from the word bank.

Read the dialogue and fill in the blanks with the appropriate pronouns from the word bank.